Unless You See The Pasture

In the not so distant past we did engineering with slide rules and pencils. This is an example of pencil on vellum from 1984. Took two days to produce. 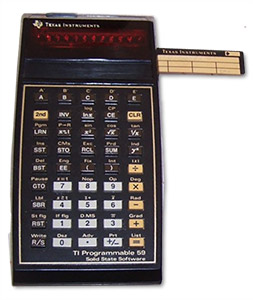 The Texas Instruments  TI-59 came along and changed everything. That little card sticking out the side had a magnetic strip on the back like a credit card. You could program math formulas onto the strip and the calculator would do its thing and print the results on thermal paper 2″ wide.

For the application I used it for it cut 3 days work down to one. That was great. but what was better at is that it gave us easily (for those days) verifiable solutions to complex math problems which produced savings in raw material like steel and concrete.

The machine would whirl and churn for 3 hours or so and then you would print out the results. The thermal tape could take two passes through the Xerox machine or five seconds of direct sunlight before it was illegible.  The whole procedure caused some overtime because you never knew when the machine would finish the calc.  Production for the TI-59 was 1977 – 1983.

The mechanical calculator was common in the 50 s and 60 s but it was expensive and complicated.  It was more accurate than the slide rule only in that it didn’t require human interpretation to read the results.

My first computer which actually did something, the NCR (National Cash Register) PC4.  It came with a whopping 128 KILObytes of memory,  an 8088 processor and two 5 1/4″ (the disk was 5 1/4″ across) floppy disks. You could actually save data throw the disk in a box and store it in your closet. And they were floppy, having the vertical strength of a manila envelope.  We actually had an engineering program which could run the same calculations as the TI-59 took hours to crunch and have the results in minutes.  Fondly known as “Old Ironsides” because of the metal case, this was state of the art in 1984.

Autodesk was founded in 1882 and the plans for their first office building in San Rafael were drawn with pencils. 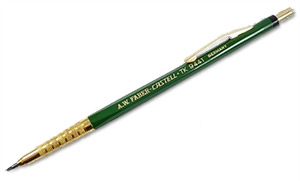 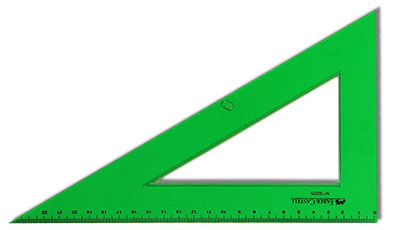 Today we have 3D  computer modeling. Halographic and virtual reality presentation. The Navy’s new ships are being built with fully integrated visual design and engineering.